by Spacejock Software
For Windows 7 and newer


HamTime2 is a dotnet app for Windows, but will also run on GNU/Linux and Mac OS X using Wine or Mono.

HamTime2 USED to work on Mono, under Linux. Unfortunately Mono's Winforms support is no longer good enough to work with HamTime2, so Linux & Mac users will have to run Wine instead:

Courtesy of Albert Aribaud, the French translator for my novels & short stories (who happens to be a Ubuntu Linux user), here is the sequence of commands you need to install yWriter5 on Mac/Linux using Wine and Dotnet30.

For other programs, you can substitute 'yWriter5' for the relevant filename.

In a terminal, starting from ${HOME}:

This makes Wine 32-bit-friendly to dotnet20. Otherwise, on x86_64 Ubuntu, dotnet20 will complain about being installed on a 64-bit OS.

This will install dotnet20 service pack 2, along with a number of other essential controls. (Some of these are present in Wine already, but the native versions don't work properly with yWriter5.)

This will run the install wizard, complete with desktop icon (on the Ubuntu desktop) and sample project creation, and .yw5 file suffix association (again, in Ubuntu,so double-clicking on a .yw5 file will launch yWriter and load the file). If you downloaded the zip file, just unpack that instead.

INSTALLING, OR UPDATING TO, THE BETA

This works as an update to the installed version or as a standalone install. Alternatively, unzipping works:

But if this unzip is also the first install of yWriter in this Wine, then you will have to create the desktop link and .yw5 association manually.

To run HamTime2, open a terminal window, first make sure you're in the path containing 'HamTime2.exe':

You can also create a desktop shortcut/launcher using wine ~/HamTime2/bin/HamTime2.exe as the command line

Upgrading to a new version of HamTime2

To update to a new version of HamTime2, just download and unpack the latest zip file over your existing installation. The program can tell you when there's an updated version available, but it can't automatically install a new version - it has to be done manually, using the zip file.


HamTime2 is free to download and use ('freeware'), but it's not open source. The source code is not available. 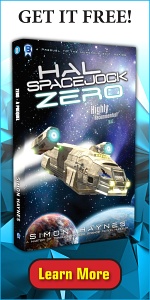