So, why do you need an editor for Courseplay?

Courseplay is a very handy mod for Farming Simulator which lets you record courses in-game, and play them back to avoid having to drive repetitive routes. For example, you can record a trip to the local mill to sell grain, or set up a mowing course, or even record a bunch of trips to deliver tools and equipment to various fields.

So far so good.

The problem is, it's almost impossible to alter a recorded course, which means the quickest way to fix a mistake or change which side of the road you're driving is to record the whole thing again. There's also no way to view a course from above, to see if you've recorded the shortest or easiest route to the destination. That's where yCourse comes in ... just point the program at your courseplay data files, and you can edit courses with your mouse, dragging waypoints around, duplicating and combining courses, and drawing new ones.

No internet connection is required, no registration or sign-ups, and best of all, it's free.

yCourse is based on an FS11 courseplay editor by Pawpouk, which was later modified by Haroman to work with FS13. 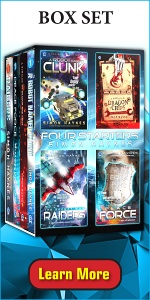