FCharts SE has been superseded by FCharts 2 SE. I recommend you download and install the newer version instead.

FCharts 1.x was designed and coded in the Windows 98 era.

Since then, FCharts 2.x has been released for more modern PCs, but a lot of users still prefer the original. They're familiar with it and it works.

The good news is, FCharts 1.x works fine on Windows 7, 8 and 10, but there are a couple of additional steps involved to get it running.

Next, you need to install a couple of Windows 98 files which Microsoft no longer supplies with Windows 7, 8 or 10.

• To do this, you should download and run my program 'SJInstaller', which you'll find on this page.

This app was designed to install various different programs of mine onto your computer, but we don't want to use that part of it. Instead, run SJ Installer as administrator, pick an app like yWriter, FCharts or yBook and click Scan Runtimes.

If any runtimes are missing you'll be given the option of downloading and installing them. Do so. Please don't install my applications through this software, as the links have long since been removed, and if you do manage to install anything it'll be a very old release.

Once the runtimes have been downloaded and installed, you should be able to run FCharts 1.x on your Windows 7, 8 or 10 computer. 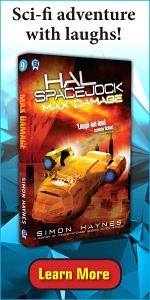