Things move quickly in the programming world. I still remember writing software for dotnet 2.0 and 3.5 a decade ago, and now dotnet 5 is almost here. (Now Dotnet 6 is out and 7 is in Alpha ...)

The forthcoming yWriter8 doesn't mean yWriter7 will suddenly become obsolete. On the contrary, yWriter8 is exactly the same as version 7, except it's built with dotnet 6.

Right now it's just a preview release, to ensure nothing is broken. I know the text-to-speech isn't working, because during the conversion I discovered that dotnet 6 had no speech engine.

yWriter8 needs the dotnet 6 runtime from Microsoft. Eventually, and maybe already, this should be installed as part of your regular Windows updates. 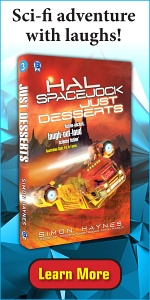